Although at times it may not have felt like it, we were once again lucky with the weather for this year’s Yorkshire True Grit Dark Skies p/b Fenwick’s Bike Products. As I write this, from my window I can see fields covered in snow; there’s thick fog; and it’s freezing cold outside. So a little bit of a breeze and the occasional shower are relatively perfect conditions! 😉

Thanks to everyone who came along and got into the spirit of the event – travelling from all over the UK to join in the fun – Kent, Cornwall, Newcastle, York!

Massive thanks to our sponsors Fenwick’s Bike Products – who took on an active role with Jon providing spannering service at the Feed Station (and provided the freebies at the end); and Vielo, where Trevor took on an enviable job of giving out the finish line beers. I suspect he also did some kit checks too!

Thanks to LR Motors for popping along with a 4×4 in case any of you needed recovering (none of you did!); and to Cleveland Mountain Rescue Team for coming out to provide medical cover for the event (none needed!).

The marshals and volunteer team were, as always, awesome! Lots of love for them coming from the riders – thank you 🙂

I hope you’re all still smiling about your achievement, about the brilliant gravelly trails and the lovely fun ascents. We’ve popped some Strava segments in (three of them prefaced YTG Dark Skies) for you to rank yourselves on (it’s not a race!).

Below are the Times that you finished the event (ie not time taken); start time was 4:00pm.

Next event is Yorkshire True Grit summer (19th-21st June) – and I’m super pleased to announce that the HQ will be in the village of Hawnby. Nestled between Sutton Bank and Helmsley this is a fantastic location with access to some amazing (previously unridden and private) gravel tracks. Don’t miss out – entries are open now for that one.

Five Forests – our new one….(thanks for patience on this)…hope to open this week but you know how I love I.T….formal announcement when actually open! Not long to go until Yorkshire True Grit Dark Skies – as I write this the weather is cold but still – almost perfect riding conditions – of course Storm Ciara is heading our way for the weekend….

As those of you who have ridden Dark Skies before will be aware, this year’s first half of the ride is now tougher than the second half. There are some great “burn-your-thigh” climbs and some swoopy fun gravel descents. We’ve also re-jigged part of the route in Boltby Woods to create a 4.5 mile climb to get you to the Cleveland Way!

There will also be a second cut-off in Yearsley Woods (41 miles). You will need to have reached this cut-off by 9:30pm or will be routed by on the road to the Event HQ.

Why do we put cut-offs in the Dark Skies event? It’s for your safety and the safety of our marshals. If you are asked to return to HQ because you haven’t made a cut-off do not beg, argue, annoy the marshal. Please just follow their instructions. If you’ve not made the cut-off time then the likelihood is that you are struggling around the route. At night time it only gets colder, and you only get more tired.

For those who have ridden the event before – the route in Yearsley, second half of Wass (and potentially Pry Rigg exit) have changed. Make sure you a.) use the GPX and b.) follow the signs/instructions from marshals and c.) use your map!

Over the past few months we’ve gained quite a number of new followers on social media, and quite a few new names are popping up on the entry lists for the different distances. On our old website we included some information about ourselves so that you know who is behind Yorkshire True Grit and what we’re all about. We thought we’d update that info and bring it on this website to introduce ourselves to the new folk, and to say hello again to those of you who know us! Andy owns and runs Easingwold-based bike shop Bikewright.com. He’s a bike-nut and doesn’t care what discipline of cycling you’re from he’ll chat with you about your bike, your favourite route or the latest bits to put on your bike.

Andy has come into Gravel/Adventure biking from Mountain Biking and can still be found playing in the local woods on his mountain bike when not riding his Gravel bike.

Andy’s been riding bikes for “a long time” and knows the North York Moors like only a local can. It’s his passion for the North York Moors and off-road cycling that sparked the idea for Yorkshire True Grit. He wanted to show off the best cycling that can be had, by showing people that a gravel bike can do more than just gravel. (Take that as a hint to what might come in Yorkshire True Grit if you’ve not ridden it before).

Andy also like a pint so will most definitely be found somewhere near the bar when all the riders have returned to HQ.

During the event Andy’ll either be at HQ or out on the route having a chat with you, or if you need picking up you might get a lift back with him. Debs has been riding bikes since she was little – but nearly always off-road. She loves what she calls a “big sky ride” where the views are endless and the trails are seemingly so too, and tries to fit in as much riding as possible between organising Yorkshire True Grit and running her own business.

Debs is more about the chat about the ride, than the bike or the bits on the bike. She’s also a North Yorkshire local and knows her way round the moors too, she’s often used in route checking to ensure that Andy’s not gone over the top in what he thinks people can ride (aka the crash test dummy).  Debs keeps Andy’s elaborate route planning in check, but, be warned – she loves a good climb! So whilst Andy’ll test your skill downhill, she’ll test your stamina (or “true grit) on the ups.

During the event Debs’ll be one of the people on the registration desk ensuring that you get signed on and back out when you’ve completed the event. She’ll probably also deliver the event briefing as she’s apparently a bit more bossy than Andy…

There are lots of other folk involved in making Yorkshire True Grit happen! From sounding boards to route riders; those who put the signs out (and collect them in); helpers at HQ; marshals on the route; the feed station team (Jane and Jan are back this year to ensure you’re all well refreshed!).

We try to run the event as professionally as we can, but to retain it’s low-key, grass roots event personality. Ultimately we want everyone involved, including the riders, to have a great time at Yorkshire True Grit!

The guys at 76 Projects recently sent us some of their great kit to use…it was quickly snaffled by Andrew and is being made good use of on his gravel bike. Neat bits of kit for storage – lightweight and easy to fit! You can see the stuff on his bike on the @YorksTrueGrit instagram feed.

Anyway, 76 Projects sent over this release about some new kit which you all might be interested in. 76 Projects are sponsoring this year’s Yorkshire True Grit, and each person who signs on at the event will receive a lovely 76 Project free gift. (Thanks guys!).

MORE THAN JUST A STRAP 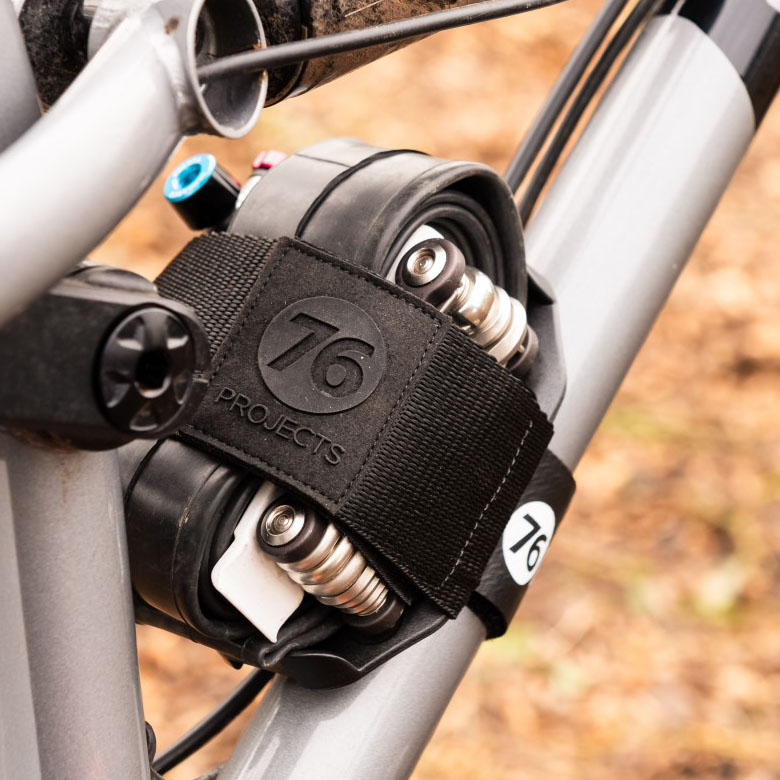 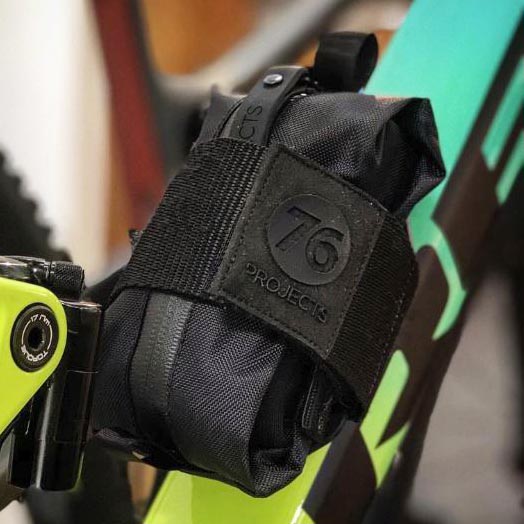 76 Projects today launches the Little Piggy, an on-bike tube and tool storage solution for all mountain bikers. The Little Piggy can be mounted directly to bottle bosses or strap mounted anywhere via its paint-friendly rubber coated strap and silicone pads. Either way, it stays put and doesn’t rattle. It works with all frame and suspension designs and securely holds a 29” MTB tube, CO2, levers, multitool, tubeless plugs or whatever your ride essential kit is. There’s even a built-in recess for a chain quick-link. Little Piggy is XC light and Enduro tough.

Our on-bike storage products were born of frustration with the many other products we’ve used over the years. Tube straps are prone to slipping, carry less, and don’t work without a tube. Frame bags offer no choice of position, limited compatibility, rattle, and eat your frame’s paint. And don’t get us started on saddlebags for MTB.

The original Piggy was designed to provide on-bike storage behind a bottle cage. It’s loved by hardtail, gravel and road riders wanting an alternative to packs and saddlebags. The new Little Piggy was developed as a more versatile solution which can bolt on or strap mount and is ideally suited to Enduro or adventure.

Prototypes were tested for hundreds of hours, in all conditions, by a select group of riders which included EWS racers. Their feedback and insights were essential to the development process. 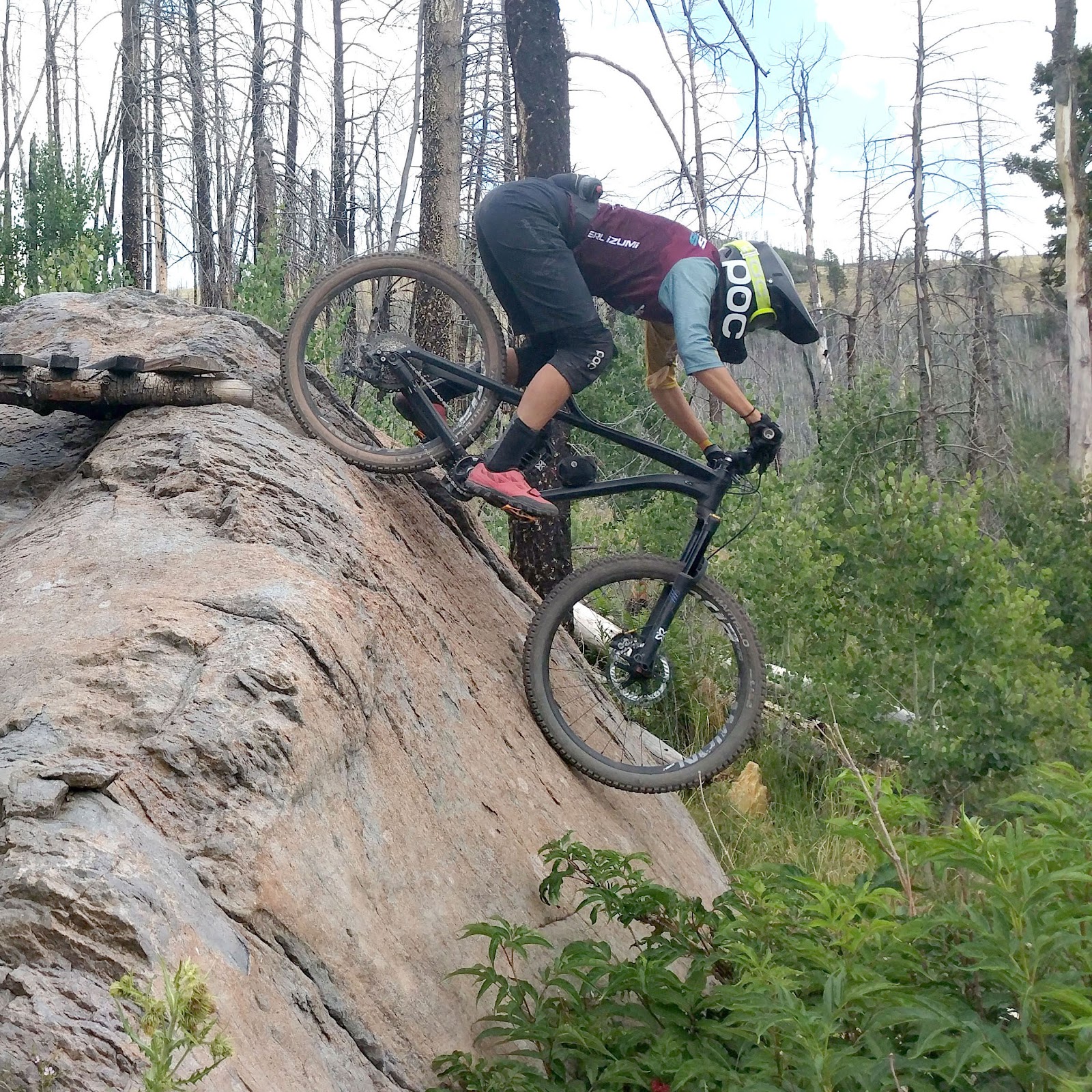 back. A bulky and heavy pack negatively affects handling. Many riders have also realised that there is no need to take the kitchen sink for a short local ride. We’ve noticed that, in response to this trend, bike brands have started adding accessory mounting bosses to their bikes. The Little Piggy can be fitted directly to these mounts or securely strap-mounted, enabling every rider to benefit from switching to on-bike storage.”

At 76 Projects, we’re currently collaborating with several bike brands in order to get mounting bosses added to their frames. 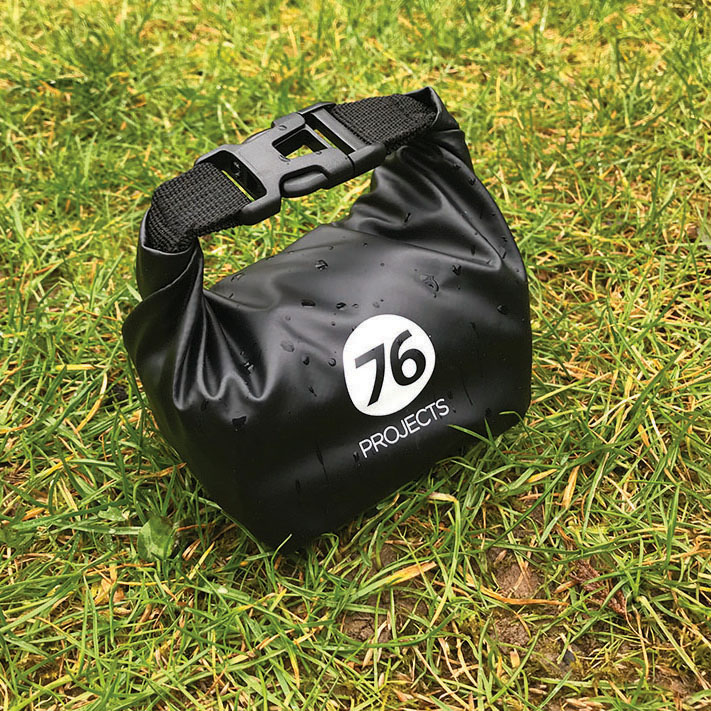 Developed alongside the Little Piggy, and also compatible with the original Piggy, is the bespoke Dry Bag. The base of the Dry Bag is shaped to match the platform for a perfect fit. The Dry Bag is 100% waterproof, so it’s perfect for winter rides or using in an exposed position such as the underside of your downtube. Capacity is 0.95L max, 0.65L on the bike. 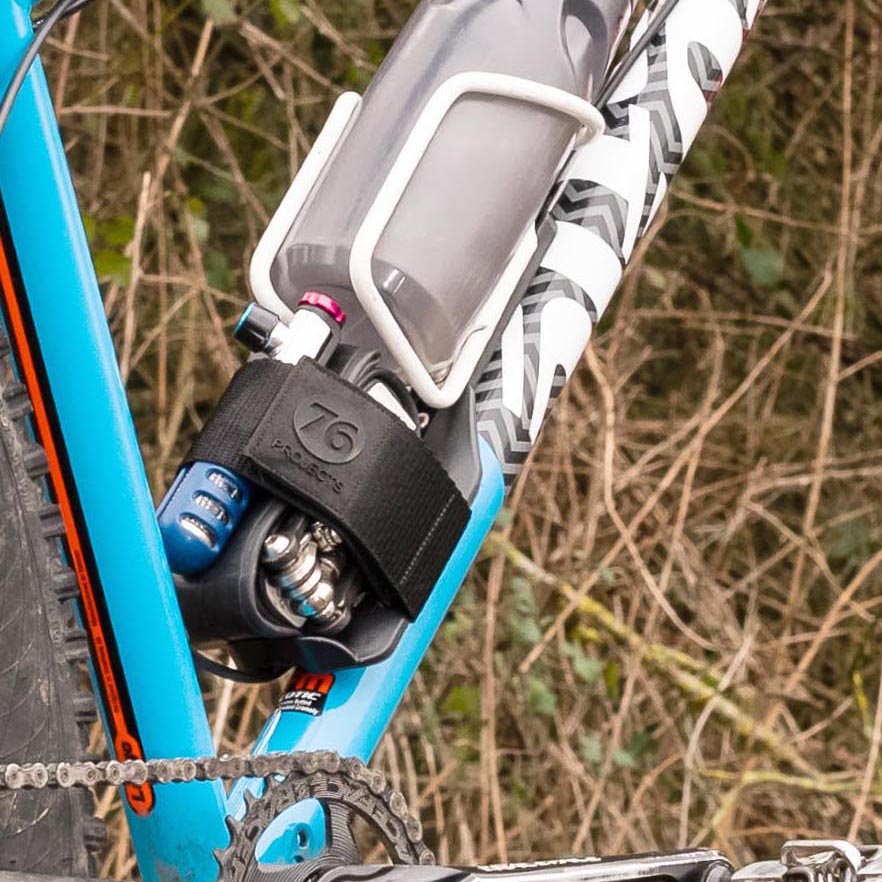 The Little Piggy joins the original Piggy in the range. The Piggy is direct-mount only and is designed to fit beneath a bottle cage such that your tools are located behind your water bottle. Like the Little Piggy, the Piggy has a built-in recess for a chain quick-link, and can be used with our optional Piggy Pouch or Dry Bag for protection from water and dirt.